How to Handle Cold Call Rejection (With Ryan Reisert) 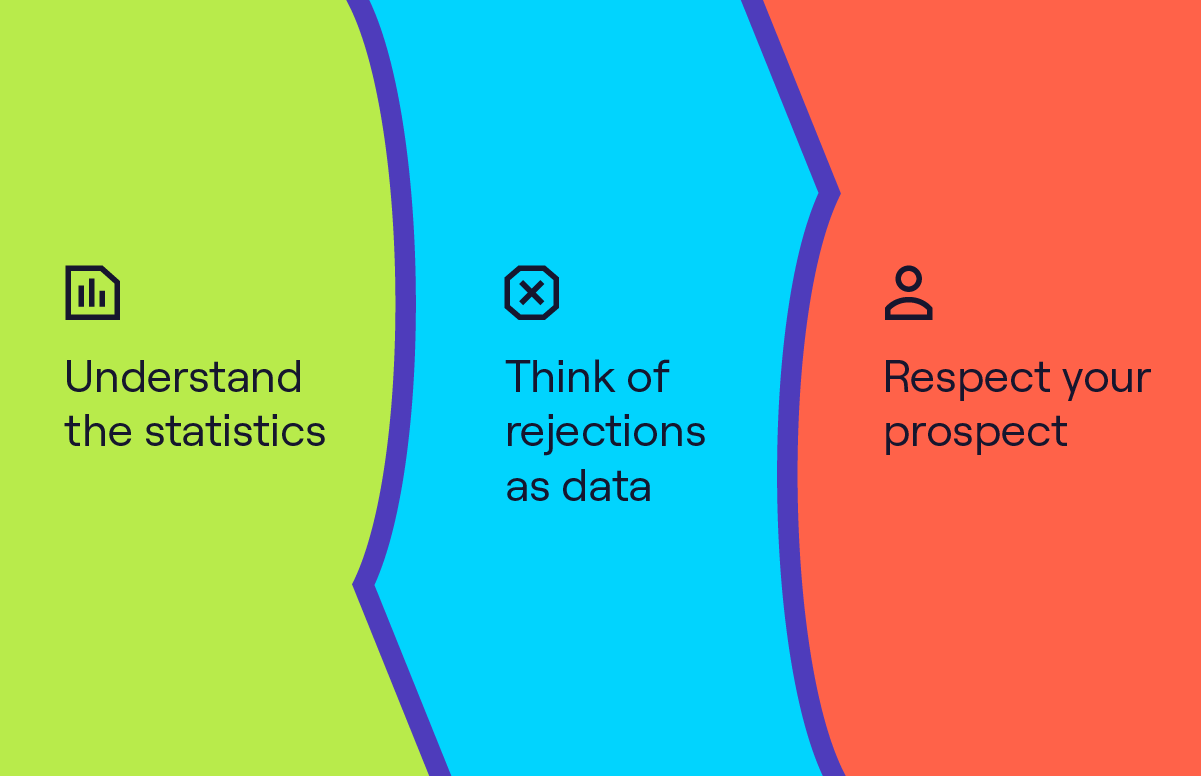 Getting a win from a cold call can be such a thrill, a grand achievement that boosts your confidence - but in equal measure, a rejection can sting.

No matter how long you’ve been in the cold calling game, being rejected 10, 20, maybe even 100 times a day can be exhausting. And unfortunately, facing rejections is inevitable.

Some won’t answer the phone, others will tell you straight up they’re not interested in what you have to tell them - and arguably some of the most taxing are the ones you get a little hope over.

You feel like they’re engaged in conversation, they like what you have to say and just as you go in to close the deal - ah, nope. It’s a no-go. ❌

How do you pick yourself back up to go again? And again, and again… you get the point!

To answer this, we asked our resident sales expert, Ryan Reisert to share his advice and insights, which we’ll now pass on to you.

Never fear! The answer to cold calling rejection is here 👇

This is something Ryan told us.

What did he mean by it?

He meant that you shouldn’t take no for an answer. And in fact, he explained to us pretty passionately that it’s important for SDRs to recognise when they’re wasting their time with someone who simply isn’t interested and won’t ever be.

What he means here is that a rejection is actually just information. 📊

“Part of the role of an SDR is to go out on a fact-finding mission, learn about the prospects' pain points and see if they might have a solution to help.”

“So a rejection, in reality, is just data to inform you on their situation and circumstances at that moment in time.”

“It isn’t permanent, things change. You can follow up another day. Sometimes it’s just an issue of timing or knowing the best times to cold call.”

For example, let’s say you call your prospect on a busy Monday afternoon.

They don’t know who you are and you’ve interrupted them in a flow - they’re busy preparing for a big meeting. 👩‍💻

They might tell you they’re not interested in speaking to you, mumbling something about being too busy to talk.

But that doesn’t mean they wouldn’t be interested in what you have to share, and be willing to speak to you under less pressured circumstances.

Your window to ask questions is short, but Ryan’s advice is to gather as much information about why they are rejecting you as you can.

“Just try to understand it. If they tell you ‘it’s just not for us’, then ask questions like:

“And from this, you can get an idea about what is holding them back. Maybe you send them some follow up information. Some might engage. They visit the website, now they’re cookie’d, they get ads, and they might come back some day.”

Knowledge is power after all - the more you can understand where your prospects’ heads are at, the easier it is to follow up with them at a later date when it’s hopefully more convenient to talk. ✅

Another useful way to reframe how you view your success as a cold caller is to put your calls in the context of Chet Holmes Buyer’s Pyramid.

Ryan explained more about the framework. It shows what percentage of your audience is likely to be buying at any moment in time.

“So by that logic, 6/10 of your cold calls are almost definitely going to end in a rejection - just by simple statistics.”

“Only 1 in 10 are in that ‘buying now’ or ‘open to it’ category, and some of them may have already been researching a competitor.”

“Your winning zone is the 30% that aren’t thinking about it yet as these are the target prospects you are most likely to influence.” 💥

“Most people starting out cold calling will fall into the 3-10% conversion rate range.”

You can see how understanding the maths allows you to visualise what’s realistic in terms of your cold calling success rates. Ryan said:

“Most SDRs probably aren’t getting as many rejections as they should be, they don’t make enough dials, they give up after one or two rejections because it feels tough.”

“But if you want to be a good SDR, you have to be willing to make the 9 calls where you get rejected in order to get the 10th call where you book the meeting.”

We asked Ryan, is there any prep work you can do ahead of the call to reduce your chances of being rejected? He told us:

“Of course, skill matters to an extent. Having an effective cold calling framework behind you and the ability to manage a conversation confidently can help.”

“But even if you are as prepared as you can possibly be - you’ve practised, you know your cold calling script inside and out, and you’ve prepared responses for as much as you can think of…”

“You will still get rejections.”

“Because it isn’t really about you. If your prospect isn’t ready to talk yet, there isn’t much you can do at that time.”

“So accept it, move on to your next call, and see how you can follow up with this prospect in future.”

To a certain extent, cold calling is a numbers game. Get to understand the maths and try not to take the rejections personally.

What to do when you get rejected on a cold call

Think about what happens when you enter a physical store. The shop assistant comes over to ask if you need help finding anything. 💁‍♂️

You reply, ‘No thanks, I’m just browsing!’

But then the shop assistant tries to change your mind, ‘Are you sure? Let me tell you more about how great these products are. Why would you come into the store if you weren’t going to buy something?’

It wouldn’t take you long to turn on your heels and walk out the shop.

So reacting in this way on the phone is likely to have a similar effect. Your prospect switches off, their guard comes up and you’re quickly brushed off.

“This is how a lot of SDR’s are told to operate, book meetings at any cost and try to change your prospects' minds.”

“But generally, people don’t respond well to being told what to do, or feeling forced into making a decision.”

“Most prospects are already wary of salespeople calling and have been conditioned to avoid them.”

“Your prospect hasn't requested this phone call, you’re calling them unannounced. Respect their decision to not speak to you if it’s not a good time.”

“Try to have empathy, I’m a human being, you’re a human being. We don’t know each other, I might have interrupted you in the middle of something. Try to put yourself in their shoes.”

Reality is you’re more likely to make a good impression on your prospect if you’re honest and frank with them.

Maybe you realise your solution won’t solve the problem they’re facing, but you do know another SDR who works with an alternative that might.

Offering that information is likely to do a lot more for your reputation than forcing your pitch down their throat.

“If you can offer your prospect value, and they can see you genuinely care about helping them, they’re far more likely to remember you and want to work with you in future if their circumstances change.”

Advice from a cold calling pro

Cold calling is hard - understatement of the year?

Seriously though, it’s tough when your day job involves people hanging up on you with some ✨flavour✨.

That said, getting bogged down in the rejections won’t get you anywhere.

Ryan offers this as reassurance:

“Some days you will have more rejections than others, but have a look at your stats across the month - they generally normalise over time.”

“If you have a hard day but you only had 6 conversations then maybe those were the 6/10 that were never going to be interested.”

“Make some more calls, the next few might be better! You have to hang on for the lay-up. If you let the first 10 get to you, you might give up, but stick to the process, the numbers usually work out.”

“If not, then go back to your list. Review the suitability of your prospects for your product or service and adjust your message where necessary.”

If you need more one-to-one support with cold calling, depending on your company environment, ask your manager if you could work with a mentor. If that structure doesn’t exist inside your business, then look outside. LinkedIn is a great place to network with and learn from seasoned sales pros.

Being able to share experiences of specific calls with someone who knows the game inside and out might help you to pinpoint certain areas for improvement, but more importantly, remind you of what's realistic in terms of success metrics.

Like any job, there will be peaks and troughs, but the highs of winning those meetings make the hard work worth it. 💪

Get more of Ryan’s unique perspective on B2B sales - sign up for Cognism’s newsletter, delivered every fortnight. Click 👇 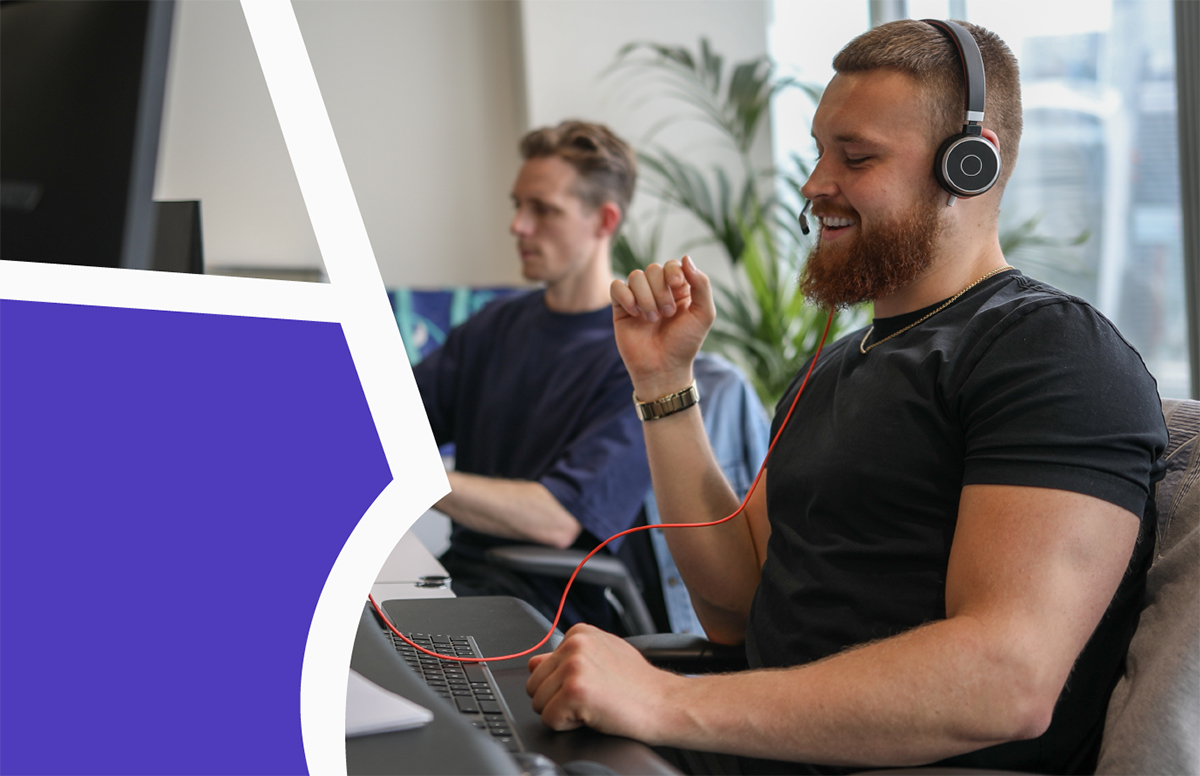 The Ultimate Cold Calling Script for CFOs
Cold calling CFOs can be daunting. But nobody expects you to be a finance expert. You just need a tailored script. Find out more in this article. 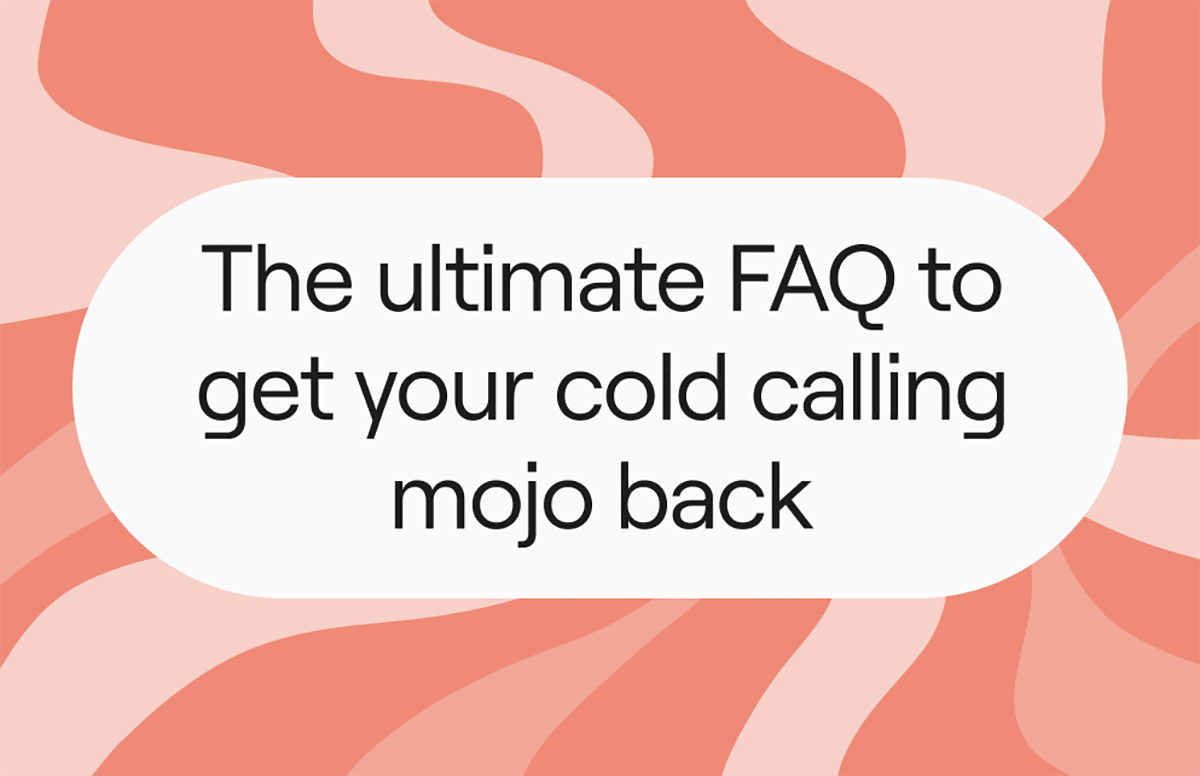 The Ultimate FAQ to Get Your Cold Calling Mojo Back
Have you lost your cold calling mojo? Morgan Ingram is here to help. He recently sat down with volunteers to answer their burning questions.