Death of the Office Landline

Imagine this. You’re in an office in the 2000s. You hear a phone ring.

But you don’t reach for your pocket.

Because the ring is coming from the office landline. No, this isn’t the start of a horror film, ("The call is coming from inside the house.”) it’s just a couple of decades ago in tech. 😱

Because 20ish years ago, less than half the UK population owned a mobile phone.

If you wanted to speak to someone at ABC company, you’d have to contact their office via the landline. You might even speak to an operator who could direct your call to the right person.

But a lot has changed since then. Nowadays most professionals have a smartphone. This makes them even more accessible, across a variety of channels.

The mass adoption of mobile phones has changed the way people search for products and services. Both in our personal and professional lives.

So what impact does this have on the world of sales? Is it easier or harder to reach people by phone these days? We wanted to investigate - so we spoke with sales aficionado, Ryan Reisert to get his insights.

Mobile influences on average more than 40% of revenue in leading B2B organisations, research from Google and Boston Consulting Group shows. Specifically in industries that traditionally depend more on sales versus marketing to drive revenue.

The steep rise in mobiles used for business is blurring the lines between work and personal time. Employees who would have been unreachable after leaving the office are now still reachable on their commute home.

There’s also a variety of new technologies replacing the need for office landlines. Examples include Slack for internal messaging, live chat for customer support and slick websites for FAQs. Is the office landline is at risk of falling to the sands of time?

Even home landlines are becoming a thing of the past, with 5 million households saying they have no use for a home phone anymore. And Ofcom are in the process of making a nationwide switch to digital telephone lines by 2025.

So is this a new era, where the majority of people are only reachable by mobile? Will an office landline always still exist, in some form? Will salespeople be calling more and more mobile numbers? And what does this mean for the success of sales calls?

Want to nail the first 30 seconds of your next call? Press play below for tips from SME Ryan Reisert and Director of Sales, Dave Bentham. ⬇️

First things first, it's important to remember that the phone number you use doesn’t really matter if you’re reaching the intended person. After all, a contact number is a contact number.

But lots of businesses now will own phone numbers for various reasons, but they don’t necessarily reach someone directly.

“Not all phone numbers you find registered to businesses on Google (while researching contact information) are going to connect you to a person.”

“For example, they might have a phone number they use for outbound, but it doesn’t take inbound calls.”

“Or they have a number to send out text alerts, but if you were to call, you wouldn’t reach a receptionist who could connect your call.”

The same goes for mobile - sometimes when people take out a new phone contract, they get a new number. So you might call a number that's now out of date.

“What we really want to solve is finding out which numbers reach the person you intend to speak to.”

“Then you’re hoping they’re open to having a conversation with you."

“I only call mobiles really, I find the connect rate is way higher when calling mobiles. I’d say it’s about a 90/10 split in terms of the number of mobile numbers I call versus landlines.”

And Ryan agrees with Brad, he says:

“If you call a mobile phone, you’re going to have a higher connect rate.”

“The three common line types are:

“And of those three, mobile will always have the best connect rate.”

Ryan explains the connect rates for mobiles can be broken down into two categories.

Can you guess which would have the higher dial to connect rate? In fact not just higher, but 2X?

You guessed it, the one who programmed their voicemail.

Because they clearly value getting phone calls, and want to be sure they get the details of the person who tried to contact them if they miss a call.

“The next best for connect rate is a company that staffs a human to direct calls.”

And if you think about that, it makes sense. Using similar logic as above, a company that sees value in hiring someone to direct calls, wants their employees to be reachable by phone.

Whereas companies who direct callers through a dial tree may consider that to be less of a priority.

So you might be thinking, great! Just focus on the mobile numbers - right?

Well, this is where Ryan disagrees.

“When you get through to someone on a mobile device, the chances of you reaching a positive conclusion from that call is much lower. I’ve had more success booking meetings from calling office landlines.”

“Because when you reach someone on an office landline, you know it's a line used for business conversations.”

“Some people will have a business mobile, but for a lot of people, it’s a personal mobile.”

“So yes, you’re more likely to connect with someone on mobile, but office landlines shouldn't be discounted.”

“Because you’re more likely to have a quality conversation with someone if you do reach them as they’re less likely to brush you off.”

Why might you get the brush off more when you call a mobile number?

As Ryan suggests, this could be because you’re reaching someone’s personal phone number.

Not everyone is a big fan of being cold called, and some people can feel quite protective of their personal contact details. This means you might come across a few responses that sound a little like this:

‘How did you get my number? Take me off your list and delete my details!’

Or maybe it could be down to the fundamental nature of a mobile phone - it’s mobile, so it gets carried around wherever someone goes. But that doesn’t always mean it’s a convenient time to talk.

You get the idea. Mobiles just tend to have more ‘life’ going on around them.

Press play below for more expert tips on handling objections in sales. ▶️

One thing to keep in mind here is that there are a lot of emerging technologies that allow for business calls without having a physical landline, for example a virtual phone number.

“While people don’t have desk lines anymore, we still have office phone numbers.”

“Lots of companies are now using digital numbers, setting them up with dial trees or whatever else and it acts like a landline, but it can be answered by whoever you assign the number to.”

Likely as a result of flexible working environments, lots of businesses can’t rely on a physical landline in a fixed location.

Essentially, owning a virtual number means you don’t need to be in the office, hanging around next to the landline in order to get business calls through.

These numbers can be assigned to any device, and users can have more than one telephone number - allowing people to separate business calls and personal ones.

In other words, you can get the best of both worlds. A dedicated number for business conversations that can be attached to a personal mobile.

In theory, office landlines are a thing of the past. But Ryan urges salespeople not to discount office numbers completely.

“Ultimately, you’re trying to find a number that reaches the person you want to reach. So you shouldn’t be discounting office lines. You should be calling every possible number that might reach who you’re looking for.”

For more sales insights from Ryan Reisert, sign up for the bi-weekly Sales Leaders’ Digest newsletter below! 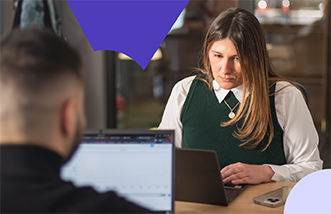 Dark Social Sales: What Does It Mean for Your Team?
Dark social doesn't just impact marketing. It can have an effect on the success of salespeople too! Click to find out what salespeople need to know.

More Mobiles, Improved Platform Functionality: Last Quarter at Cognism
It's all about MORE mobiles and MORE functionality - read our blog to learn more about our latest product release and how we're making prospecting easier. 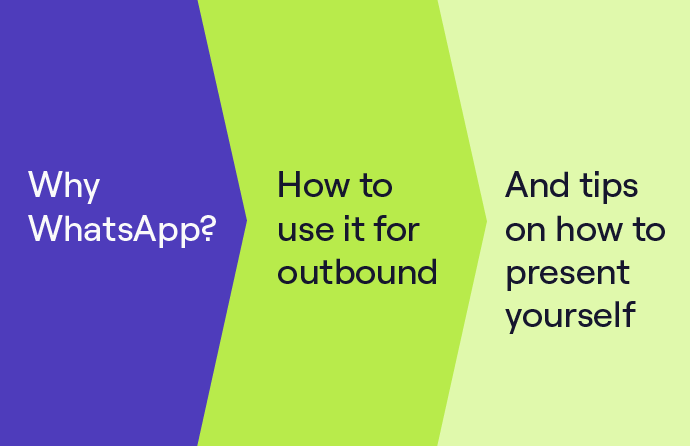 WhatsApp Sales: The Next Outbound Channel?
WhatsApp. Is it going to be the next big channel for outbound in B2B sales? Our sales experts reckon so! Click to find out why.
View all Sales