How and why to stop pressuring prospects on cold calls

When you’re cold calling, remember that prospects shouldn’t feel like they have a gun to their head.

Okay granted - this is an extreme example.

But what we’re trying to stress here is that prospects shouldn’t feel pressured into buying things they don’t want to.

This was the subject of our recent cold calling workshop with Ryan Reisert and Josh Braun.

And this article will take a deep dive into how and why you should stop persuading prospects (and so strongly) at the start of cold calls.

So, scroll or use the menu on the left  to find out more 👇

The zone of resistance and how to lower it

A common misconception is that people believe the job of a salesperson is just to persuade and pitch people into buying something.

And Josh explains why:

“We’re told to talk people into things all the time. Most of the books we read as salespeople are on persuasion. But there’s also a time and place for persuasion. And it’s certainly not at the start of a cold call, because prospects are in the zone of resistance. So, at this moment, your job is to lower this zone of resistance.”

Before we go any further, what is the zone of resistance?

And in case you’re wondering how the zone might intensify, Josh has given some typical phraseology that creates resistance on a cold call:

These phrases create resistance, because you’re pushing prospects to take a next step.

“Fighting resistance when prospects push back creates even more resistance. Because when you’re explaining, lecturing, persuading, and convincing - what you’re really saying is I’m right and you’re wrong. You end up behaving in a pushy way.”

So, what can be done to lower the pressure that prospects feel?

It takes a mindset shift - as Josh said:

“You get into trouble when you assume that everybody is a fit for what it is you’re selling. Remind yourself that the intent is to discover rather than persuade. It’s a mini discovery call rather than a pitch.”

And speaking of sales pitches…

Why and how you should ditch the pitch

Getting rid of pitches is another thing that can help prospects feel less pressured on cold calls.

It all starts with changing your intent. Because as Josh said:

“Your thoughts affect what you say.”

Josh explained what he meant by this:

“If you go into a cold call and think: ‘my job is to talk people into things’, you’re going to persuade, pitch, and overcome. BUT if your intent is to discover, you end up letting go of expectations. It’s about detaching from the outcome. Because your job isn’t to persuade and book meetings, your job is to discover the truth.”

Whenever you’re on a B2B sales call, manifest this mantra:

“I’m going to reach out to people that might have a problem. Some will be open to talking. Some won’t. And it’s okay either way. I’m for some people but I’m not for everyone.”

This is super-important because it reminds salespeople that it’s just a conversation. Not an overbearing sales pitch.

“There’s a common misconception about sales that you’ve got to be an extrovert, loud, and hypey. But I would argue unbridled enthusiasm raises the zone of resistance. So be more like a Ted Talk, than a personal trainer.”

Ditch the desire to be a Wolf of Wall Street character. Because big egos aren’t always better.

Connect, personalise, and really listen to your prospects. In fact, Ryan gave a pretty handy tip on how you can do this:

“Move away from ‘would you like to set up a meeting’ to ‘it’s kind of late, and I don’t want to take up too much of your time. Would it be ok if I shoot a little video, and send it over via email? And then if you decide it’s worth exploring, we can set something up next week’.”

That way, you’re not pressurising your prospect to take action right there and then.

“When people pick up the phone, they’ve picked it up again, again, and again. So if you leave them with something different than what other reps do, you’re not putting that pressure to push this next step. And you’re giving prospects the opportunity to learn on their own terms.”

And what’s the icing on the cake with this method? Ryan said:

“You can add a little bit of personalisation to the video which takes 60 seconds. Go to their website, their LinkedIn profile etc.”

That way, it’s not a generic sales pitch. And you’re genuinely showing an interest in wanting to identify and solve the pain points of your prospects.

So wave goodbye to generic sales pitches. Because your prospects are just so over it.

Pressure and no pressure buckets

Phrasing is everything in cold calling.

And Josh and Ryan have identified 2 types of responses.

When a salesperson is trying to overcome an objection from a prospect, these are the types of responses that’d be considered pressure-based:

The wording in both of these indicates that the sales rep is trying to push an agenda.

This isn’t ideal. It’s off-putting and it just increases the zone of resistance.

So, that’s why you should opt for…

“Would it make sense for me to tell you the reason why I’m calling and then you can tell me if it even makes sense to send that email?”

Listen to the workshop 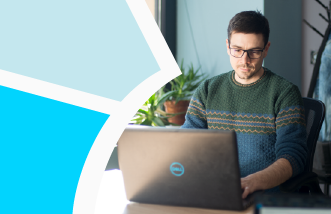 What is Sales Development Representative's (SDR) Role?
Learn all about sales development representative job and career path from Cognism's SDRs. Read on for the best advice on hiring and training reps!