What is dark social?
Getting the sign-off from leadership
Importance of demand gen for SDRs
Demand capture vs demand create messaging
Listen to the podcast
Book a Demo

Demand gen tactics aren’t just for your marketing team. Sales can hugely benefit from them too.

The dark social especially is something of great use for B2B sales teams.

It’s something that marketers have come to know over the past few years, thanks to the likes of B2B marketing rockstar Chris Walker, CEO of Refine Labs.

For salespeople, the term “dark social” can seem vague…

In fact, Ryan Reisert said that “it sounds fluffy” 😳

But it’s a demand gen concept that’s so important. Both for marketers AND sellers. Because it’s indicating a change in where buyers are. And how people make buying decisions.

So let’s not wait around, and get straight into the good stuff!

Scroll or use the menu on the left, and hop on aboard the dark social train 🚂

What is dark social?

Demand gen is based around educating your audience. And dark social is a big part of that.

So, to kick things off, here’s how Carl defined the concept of dark social 👇

“It’s hidden away from attribution software. There are rebellious corners of the internet where buyers can get the information they need. For example, it might be in the comments section of a LinkedIn post. Or it may be in a Slack community such as RevGenius. It could even be on a sales podcast.”

How has it come about?

“Buying traditionally happened differently. Everything was gated. And if you wanted pricing information you’d have to go through a sales rep. Because websites were very vague. Whereas now, websites are educational. And there’s been a decentralisation of information, meaning that dark social has risen.”

He added by saying that dark social is part of this “intent to explore, which comes before the intent to buy. And it can’t be attributed or tracked.”

Have people really fallen for it? Because the idea of not being able to track something sounds like a nightmare…

Well, everyone has a wild side - even B2B marketers 😈

“There’s a rebellious band of marketers who are doubling down on dark social. And they’re asking themselves what it looks like to tell a good story. And optimise the messaging in the channels where people are learning.”

Carl explained his own personal journey of discovery with dark social. And funnily enough, it was through a first-hand experience of it for himself:

“I was introduced to Chris Walker. I was consuming his content, and it started to make sense to me. And it made me reevaluate my own buying patterns. Because I was thinking that if I’m going to buy, I don’t want to immediately talk to a salesperson. I want to go on the website and educate myself.”

Also, we’re reminded that CRM platforms are not the GOAT of marketing 🐐

“The limitations of software become part of marketers’ strategy. And that means they end up maximising the usage of platforms that’ve just been bought for $10k to $20k. So, there ends up being a sole focus on email marketing, or gated content.”

Dark social is part of this demand gen movement, that sales and marketing teams alike can’t miss out on using.

Dark social: getting the sign-off from leadership

Convincing marketers on dark social is the easy part.

The next hurdle is to persuade executives that it’s the right approach. Because there’s no data or reporting that would be as strict or clear-cut as it would be with something like HubSpot 😅

“You need to have a new and right measurement framework. One that shows what isn’t in HubSpot. Tell the story behind the leads to executives. For example, say something like ‘look at this histogram - most of our traffic is organic. There’s not a lot coming from email marketing.’ And then that’s when a logical person comes in and says ‘I’m curious to find out more.”

And here’s the thing.

Your sales team can learn from demand gen too.

The importance of demand gen for SDRs

Is demand gen just for marketers?

Carl said that concepts like dark social have their place for sales teams too:

“There’s a deeper paradigm for dark social such as communities. And that’s where I believe SDRs are going to be involved in these lead source channels. Sales teams will be, and need to be, commenting on communities to generate conversations.”

Name a better way for sellers to strategically communicate with buyers and ideal customer profiles.

Carl strongly believes that the inbound vs outbound mentality has to change:

“There’s only capturing demand and creating demand. And that’s why messaging for outbound is a direct response. But what about the rest of the people who are annoyed that you’ve called?”

And we totally agree. After all, how else are you going to get buyers interested? You can’t just jump in and hope to book a meeting. There’s pressure there that can be off-putting 😬

And this is how sellers can learn from demand gen marketers. Because Carl said:

“The message has to change. Because a demand create message rather than a demand capture message resonates with people.”

For example, saying something along the lines of:

“We’ve got this body of research. Would you be ok with us running through a deck with some research? No pressure, we’ll leave you the deck and then we can have a call after if you want.”

It comes back to the magic word:

Add VALUE to the calls, and think about the messaging.

Carl also said that the ways of measuring SDR performance have to change:

“You can’t track SDRs’ progress on booking meetings, because it might not end up that way through this approach. Instead, think about measuring in terms of how they delivered the message. And whether there’s knowledge that the prospect might be in market for in the next quarter. That’s the win.” 🏆

Check out the full conversation with Ryan and Carl below. Just press ▶️ 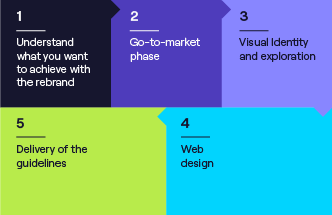 Finding the perfect match: Cognism's rebrand journey
Rebranding is a marathon - not a sprint. We've just been on the journey ourselves and found there's lots to think about. Find out more in this article. 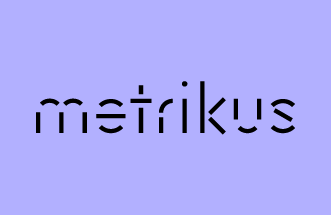