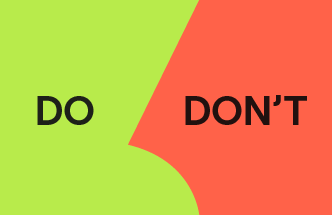 We’ve gone a bit Fox News on the headline.

But the 4 cold calling tactics we’re about to discuss will, at the very least, leave your reps’ ears ringing and their tail firmly between their legs.

That’s because they’re all strategies that put the agenda of the cold caller first, rather than the pain points and ambitions of the prospect.

We caught up with Cognism Brand Ambassador and Phone Ready Leads™ founder, Ryan Reisert, to explore each of these tactics and what you can use instead to build trust and guide prospects through the funnel.

Scroll or use the menu below to flick through 👇

One of the most annoying cold calling tactics is the double or triple tap.

This is when reps consecutively call a prospect in the same time interval just to get them to pick up. Or even hang up on purpose before calling them again to make the call seem extra urgent.

For anyone who still believes in doing this, there’s one thing you need to hear:

Of course it can increase your chances of connecting. But it absolutely decreases the probability of your reps having meaningful two-way conversations.

Because prospects are far more resistant when they’re baited into a call under false pretences, rather than being informed of your reps’ true intentions.

So what’s the alternative?

Well, if you want your reps to be properly enabled, you could invest in B2B lead generation software.

Particularly a platform that can provide phone-verified leads so your reps have a better idea of which prospects are likely to pick up the phone.

Alongside this, you should also reframe the intention of cold calling itself.

Instead of just trying to elicit a response, reps should leverage the funnel above the funnel to warm up prospects and build trust to the point where they’re ready to take a meaningful action.

When I talk about the double/triple tap, I’m not saying it’s bad practice to call a prospect multiple times a day.

If there’s no answer on your first call or you’re stopped by a gatekeeper, you should call back at a different time.

Just not right after!

Your rep, Amber, has never interacted with her prospect before and she’s about to call them. She punches in the numbers and the dial tone rings. Then the receiver clicks and a voice answers.

But out of nowhere, Amber launches into a monumental pitch slap:

“Hey, I’m from Cognism and we’re a B2B sales intelligence platform that provides compliant contact data for global decision-makers with unparalleled accuracy and coverage, helping customers like you get $410K ROI in 12 months…”

Needless to say, after that 90-second monologue, the prospect on the other end is like:

“Woah. Who the heck even are you, dude?”

All because Amber didn’t take the time to frickin’ listen and was too concerned with getting her own message across, the chances of converting this prospect into an MB are slim to none.

What she should’ve been coached to instead at this first touchpoint is to carry out some basic checks. For starters:

After getting past these checkpoints, Amber can start to become situationally aware. For example:

Once she’s acknowledged this information, she can use it to compound into her follow up. Which will convert at a rate of about 2-3 times higher as opposed to a super cold call.

Ah, the palm off.

Sure, it’s annoying as hell. And it could be the case that prospects are saying it just to get you off the phone.

But it could also be the case that they are actually going into a meeting. Now is a bad time. Or they are at lunch right now.

And that’s what makes snarky objection handling so annoying for prospects.

So instead of responding with something like: “why did you answer the phone then?” when they receive a palm off, reps should try mirroring their prospects’ responses. For example:

“You’re going into a meeting? I have a knack for that.”

Then pause and let the prospect talk. This way reps don’t even have to handle the objection and they can follow up by asking whether there’s a better time you can catch their prospect at.

As a result, the first point of contact isn’t muddied by aggressive commission breath. And by being respectful, reps can follow up with confidence.

A note on phraseology

There’s some debate about the effectiveness of certain words and phrases sales people use in cold calls.

Thing is, there’s nothing wrong with any tactics your reps leverage as long as they’re respectful and they engage in active listening while using them.

So let’s say they open with: “Have I caught you at a bad time?”

If the prospect answers “no” and your rep is ok with that, agreeing to call back at another time, there’s no issue.

But if your rep is aggressive when they get a negative response, that’s only going to create problems down the road.

You’re looking at the specials menu in a restaurant.

The pan-fried sea bass with salsa verde, served on a bed of crushed new potatoes is tickling your fancy.

The waiter comes to take your order, giving you the rundown on all the specials as well as his recommendations.

But you just have one question before you make your decision.

You don’t order fish unless it’s been caught and cooked on the same day, so you ask the waiter if that’s the case.

But without the phone sales script he’d memorised, he’s reduced to a stuttering wreck. He skirts around the topic, makes a few guesses, before finally leaving the table to check with the chef.

All of the sudden, the sea bass doesn’t seem that appetising after all.

The same is the case in cold calling.

Reps need contextual knowledge and business acumen to have conviction in what they’re saying.

This means they’re able to go off-piste and discuss the specific pain points and questions each prospect has.

Without being experts in the industry they’re serving, reps will get found out fast, annoying any prospects with genuine intent to buy.

Help them gain this knowledge by linking them up with people in your business who have similar titles to your ICP, or others in your network.

So, to keep your reps’ eardrums un-perforated, you need to instigate cultural change.

Whereas reps used to be focused on hitting their number, they should now be hoping to move their prospect towards a successful outcome.

Either way, when they’re open to listening and learning, prospects won’t get pissed. And bridges won’t be burnt.

And there we have it!

4 annoying cold calling tactics you should throw onto the camp fire.

For more B2B sales trends, check out the Revenue Champions podcast. Ryan's first episode as host will be dropping soon...

But in the meantime, listen to his cold calling live session with Josh Braun above ☝️ 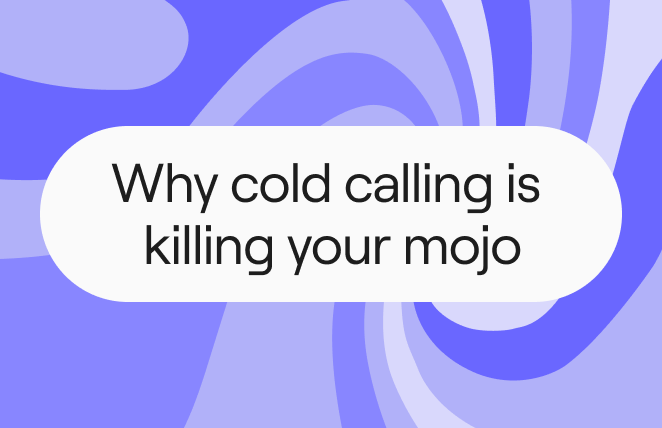 20 Examples of Common Sales Objections With Responses (2022)
Don't let sales objections keep you from closing a deal. Click for 20 examples of common objections and responses for how to overcome them in 2022.
View all Cold Calling