How Fast Growing Cognism Grew From $10 to $20 Million

What have you loved the most about being in a fast-growing sales team?
What helped to grow from $10 to $20m ARR in 1 year?
What would you have done if you were in the role back in 2017?
Impact of Series C funding
Advice for someone looking to break into sales
Listen to the podcast
Book a Demo

It's every company's dream.

And at Cognism, this very dream became (and continues to be) a reality.

In the latest episode of Revenue Champions, Ryan Reisert sat down with Cognism’s Global Head of Sales Jonathon Ilett.

He revealed how a productive, hard-working and all-around amazing sales team is the secret ingredient to super-speedy revenue growth.

Scroll 👇 or use the menu to get started!

What have you loved the most about being in a fast-growing sales team?

Ryan kicked things off by asking Jon a question. Where did his motivation to work in a rapid-growth sales team come from?

For Jon, it’s simply because the experience in a start-up or a scale-up is never going to be boring:

“I’ve always wanted to work in an early-stage startup. And the appeal hasn’t left me. Even at the scale we’re at today - it’s still exciting.”

He added by saying that fast-growing B2B sales teams are given a lot of responsibility, especially early on:

“The organisation is dependent on a group of 26-year-olds that are given full autonomy.”

That’s a unique experience that isn’t always seen in other sales teams at larger companies.

There’s no doubt that doubling ARR in a year is impressive.

But Ryan wanted to know the secret - how do you get there?

“We built a very good path for identifying top talent in our SDR function. We also have a very good onboarding programme that leads them to hitting target very quickly. And if you have a clear justification as to why you should move people up, you’re on the right track.”

It’s clear that for Jon and the sales team at Cognism, it’s about having an airtight approach.

And let’s not forget the importance of numbers:

“We’re very numbers-driven. So when we’re promoting people from SDR to AE, we make sure they’re hitting criteria.”

Jon also stressed that it’s important that everyone is on the same page:

“The journey from $10 to $20M in ARR is really making sure you’ve refined your processes. If you rely on siloed processes where everyone does their own thing, that’s when you’ll start to see a wobble in the data.”

What would you have done if you were in the role way back in 2017?

Jon was the second SDR that joined Cognism back in 2017.

But Ryan wanted to know that if Jon was a Global Head of Sales back then, would there be anything he’d do differently?

“If I’m being completely honest, no. Because the phase back then was a learning curve. That kind of outbound sales back then was important. And the lack of structure we had was what we needed - to an extent, it helped us to get to $10M.”

Jon emphasised that especially in start-ups and scale-ups, it’s all about learning, growing, and being in the moment:

“Now, it’s about us all conveying a common goal - especially on the management level. For example, at Series A we brought in our first ever RevOps guy. That helped us build and flesh stuff out.”

The bottom line is that every process that was implemented was the right one at the right time:

“Every stage has been developed, and the right infrastructure has been brought in at that stage.”

What impact will the new Series C funding round have on the sales team @ Cognism?

Recently, Cognism announced that they had raised $87.5M in Series C funding.

So, this begs the eternal question:

How will this impact Jon and the landscape of the sales team?

“For us, it’s very much going to be about specialisation. Because until last year, it was very much the case that we were solely responsible for global revenue. And it’s tough to own multiple different regions.”

He added by saying that:

“Now we’ve got talent to own metrics in the UK, the US, Germany etc. So the new funding round will help support that specialised process.”

What advice would you give someone who wants to break into sales?

Ryan wanted to know if Jon had words of wisdom for anyone looking to have a career in sales.

“First, see if the organisation is the right fit for you. For example, before joining Cognism I left another company after only being there for 3 weeks. Because there were lots of gaps, in areas like management and tech stack. It meant I spent almost 4 hours a day trying to find the right contact information. And that time could’ve been spent talking to the market.”

“Focus on the immediate. What are your responsibilities at this point in time? I’ve never gone looking for a promotion. Instead, what I did was focus on the present and getting it perfected. If you do this right you’ll create enough noise, meaning you’ll be considered for a promotion.”

3 - Think about what you want

“It depends on what you want from your career. Every company is different at a different stage. If you want a bit more responsibility with a process that’s refined and more clear-cut, then go for a company that’s in a later stage.”

Jon had plenty more insights in his chat with Ryan.

Press ▶️ to listen to the full episode.

Check out other instalments of Revenue Champions here. 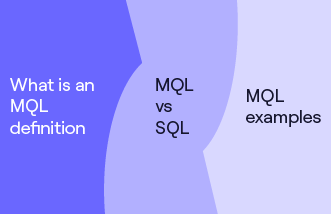 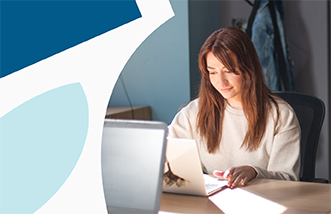